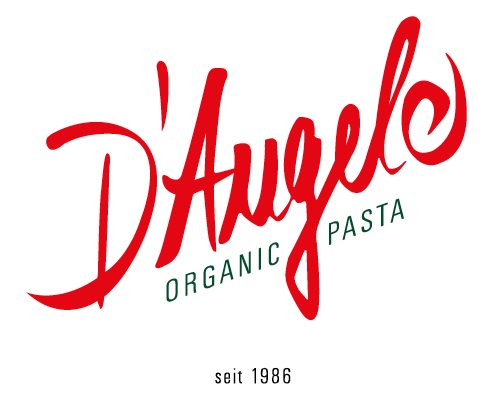 "Passion in the matter has always been our drive. The goal: to find the best solution in everything."

In the beginning, the Italian restaurant “Via Veneto” in Saarlouis, was the godfather for the origin of D’ANGELO PASTA’s company history.

Giovanni D’Angelo, the founder of the company, and his mother Luigia D’Angelo knew early on how to respond to the wishes of their guests and were already able to produce the first fresh filled pasta to go in the restaurant at the beginning of the 1980s.

The idea was quickly born to expand this offer and to meet the growing demand for fine pasta.

What initially began with the use of semi-automatic machines continues today in a modern production facility with the highest technical and hygienic requirements.

In addition to the IFS certificate and the fulfilment of the VEGAN criteria, the company has had an organic certification from the beginning.

After several moves in the early days of the company, it was able to move into a newly built modern production building in Saarwellingen in 2002. This is where the company is still located today.

The emerging environmental movement at the end of the 1970s and the changing attitude in society towards more quality instead of quantity also prompted company founder Giovanni D’Angelo to resort to ingredients from controlled organic cultivation.

A series of setbacks in the processing of whole grain cereals and the consequent omission of aids that are permitted in conventional production did not dampen the persistent entrepreneurial spirit of Giovanni D’Angelo and let him stick to the goal of offering customers a healthy and tasty food in the future.

The innovative idea of a product that on the one hand is quick and easy to prepare, and on the other hand has the advantages of different shapes and fillings and promises the retailer and the consumer easy handling, resulted in the sum of these specifications, the product of today:

All these products combine as a unique selling point: long shelf life, no refrigeration, quick and easy preparation and high yields.

What was born out of necessity – in the early days of our marketing, the natural food trade had only little refrigerated space available, and this was to be used for the really important articles requiring refrigeration, such as milk, butter and cheese – became a model of success for the company and is still being implemented today – as it was over 30 years ago.

Networking with regional companies has been an important pillar of D’Angelo Pasta’s corporate philosophy from the very beginning. Whereas in the beginning it was the farmers who supplied fresh vegetables and various ingredients, today it is processing companies that prepare the ingredients for us so that gentle machine production is possible in the first place.

The forward-looking use of resources is of the utmost importance to D’Angelo Pasta. Energy-saving LED lighting was introduced at an early stage in the company, and environmental aspects are also constantly monitored in the production processes and adapted to the latest requirements.